USJ One Park is a high-rise condominium situated off Jalan USJ 1/1, Subang Jaya in Selangor. The condominium was designed and developed by a famous developer known as BHL Group of Companies. This prestigious property was completed on December 2013. Despite the age of the development, it is well maintained to allure residents.

USJ One Park is a breath-taking condominium that is ideal for residence. The principal target of the development is the family market. It seeks to accommodate small to medium sized families, couples, students and other residents as well. It comprises of several classic facilities such as bamboo pavilion that make it more suitable for residence. In addition, it boasts of panoramic views of natural vistas in a serene surrounding. USJ One Park is located in the outskirts of the highly congested township of UEP Subang Jaya. It provides a serene and tranquil environment, where tenants can rest after a long day at work in the hustle and buzzle of the city. Developed to be a haven to the city tenants, the neighbouring properties fulfil its claims of being engulfed by nature and abundance landscaping. The development comprises of furnished units with timber door entrance, aluminium frame glass window, brick masonry for concrete wall and plaster ceiling. The green street and eleven feet high ceiling are concepts incorporated in this prestigious building. It is also suitable for the elderly because it incorporates lifts that facilitate easy and efficient moving up and down of the flat. The master bedrooms are fitted with en-suite master bathroom with Jacuzzi, study room and a closet, which is an added advantage to the dwellers.

Our unit is 115.38 Square Metres comes with 3 Bedrooms, 3 Bathrooms and 2 covered parking

USJ One Park is a magnificent development that is strategically located in an ideal place. The central location of the property facilitates easy and efficient access to facilities, amenities and infrastructure such as roads and highways. The condominium is located near several top-notch amenities found in the area such as mosque, sports facilities, clinics, banks, shop lots, eateries and restaurants. There are also several educational institutions located at a short distance away and they include Taylor’s University College, SEGi College, Puchong Jaya 2 National School, Bandar Puchong Jaya A Secondary School, Subang Mewah Islamic Primary School and Chee Wen Primary School. Located at a short driving distance are several splendid amenities such as the summit, giant hypermarket, mydin wholesale hypermarket USJ and IOI mall. Shopping malls found in the nearby include Da Men, Empire Remix, summit USJ, giant USJ, first Subang, Empire Subang, Subang Parade, the main place and one city. Besides, commercial centres located in the nearby include USJ 10Taipan, Subang business centre USJ 9and USJ Sentral. In addition, there are numerous recreational centres located at a short distance from the development such as indoor football stadiums, outdoor parks, golf clubs, tennis courts and badminton courts. In terms of accessibility,several highways that connect to the development include New Pantai Expressway (NPE), Damansara – Puchong Expressway (LDP), orth – South Expressway Central Link (ELITE), New Klang Valley Expressway (NKVE), Federal highway and KESAS Highway. 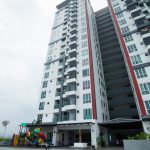 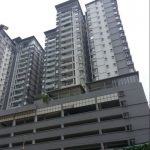 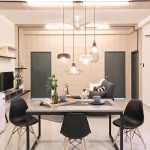 Need to discuss a property?